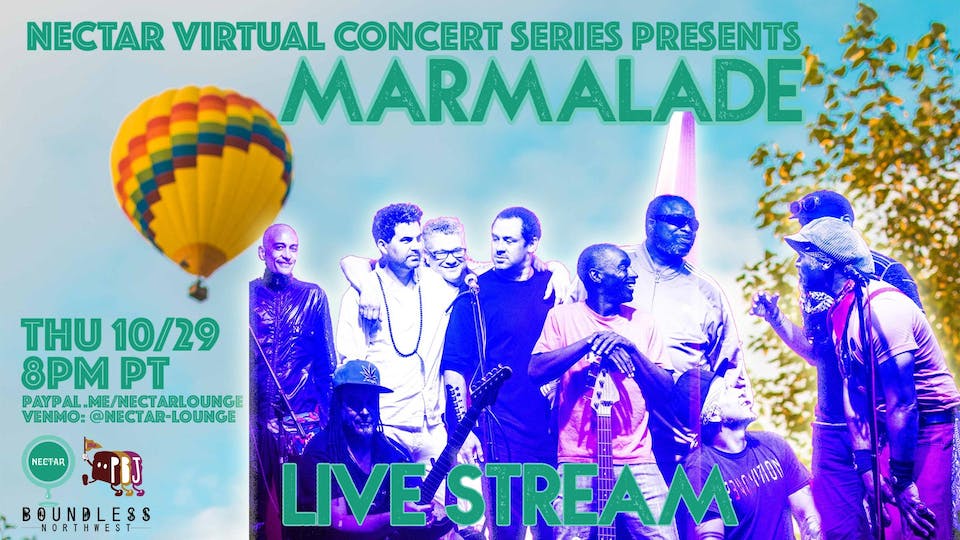 iCal
Google
Join us for NVCS livestream #91 feat Marmalade. Please click the "Tickets" button and "Pay What You Will". Thanks for your support!

3. or send via Venmo: @nectar-lounge

NVCS supports the musicians, NIVA (see below), and Nectar operations during COVID-19 lockdown. Your contributions are greatly appreciated!

The National Independent Venue (NIVA) mission is to preserve and nurture the ecosystem of independent live music venues and promoters throughout the United States. These entertainment hubs are critical to their local economies and tax bases as employers, tourism destinations, and revenue generators for neighboring businesses such as restaurants, hotels, and retail. Independent venues exist in every state across the country; they were the first to be closed, they will be the last to open. The economic recovery process will extend past just reopening the front doors, requiring solutions unique to the industry. https://www.nivassoc.org/

Nectar Virtual Concert Series (NVCS) is produced using the pro venue sound, lights and stage at Nectar Lounge, an independent music venue forced to shut down in mid-March due to the Coronavirus pandemic. The artists perform in an empty venue with no actual audience and are instead filmed with multiple camera angles and broadcast out to a live virtual audience across various platforms. The live streams are presented at no cost, and fans are encouraged to "Pay-What-You-Will" with contributions supporting the artists, venue, and various nonprofit social causes.

It was with a heavy heart that we had to cancel our shows and we hope that NVCS brings fans some much needed entertainment during these challenging times!

Thanks for your continued support, stay safe and healthy out there, and we look forward to seeing you at this or another stream in the Nectar Virtual Concert Series, and of course at the next live concert when we reopen! 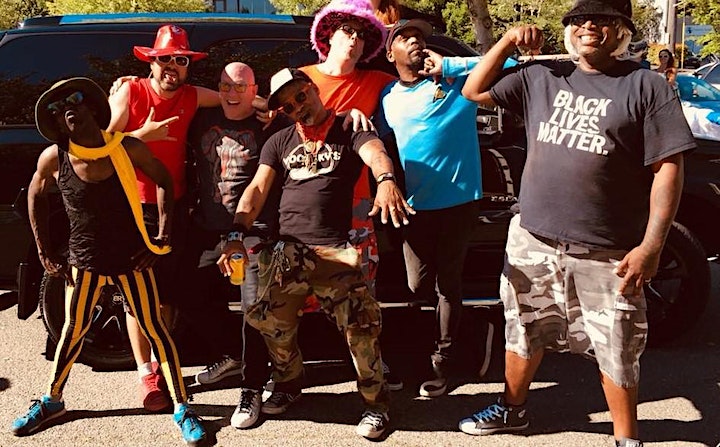 Marmalade is a Seattle based music collective that has been playing Thursday nights in Seattle’s Fremont neighborhood for almost 20 years. Their 12 member crew incorporates funk, soul, disco, dub, & electronic music into a high energy party at every show. Their music is largely improvised and every performance is a unique experience meant to stimulate your mind, booty, & soul. Marmalade has also always incorporated DJ’s in their sets to ensure the party does not stop. The band is lead by infamous vocalist Victortrey Funklove- a surrealist entertainer & intimate provocateur who conducts this rowdy symphony.

Marmalade’s core musicians are the house band for Seattle based “We Coast Records”, who have been releasing 7” records worldwide for almost 10 years. Marmalade’s 45rpm single “Gotta Get Up To Get Down” consistently rocks dance parties worldwide.