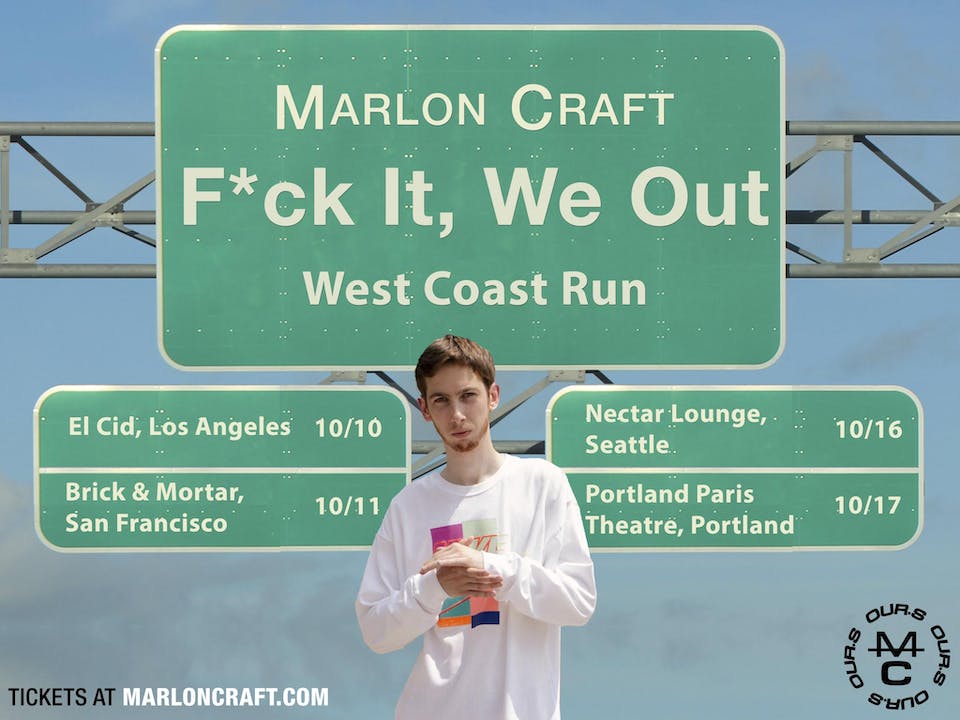 iCal
Google
F*CK IT, WE OUT WEST COAST RUN

Born and raised in Hell’s Kitchen, NYC as the son of a jazz musician and a frequenter of Harlem and the South Bronx during his basketball playing years as a kid, Craft came across hip-hop honestly and developed a love at an early age. It wasn’t until his college years, however, that he began recording his own music and sharing it with his peers. Craft then honed his musical style—centered around his remarkable lyrical ability, substantive song-writing, and boom-bap/jazz-infused sound—while completing his degree in Urban Education & Social Justice at American University in Washington, DC. Think Logic’s mainstream appeal meets Joey Bada$$’ classic New York grit, meets J. Cole’s education and thoughtfulness, meets Kendrick Lamar’s social consciousness and new age jazz incorporation—all coming from the unexpected mouth of someone who looks like he’s more likely to confirm existing stereotypes and power structures than challenge them.

Craft’s uniqueness and authenticity lies in this shattering of traditional hip-hop stereotypes; he’s a white college grad who’s not a frat rapper, not afraid to speak his mind on issues of social importance and justice, and can flat-out rap his ass off. In March of 2015, during his last semester at college, Craft released his free full-length mixtape, “Pieces,” and generated some buzz both in DC and back home in NYC. The following year, in March of 2016, Craft released a new EP, entitled “so, what are you doing?” to great reception by his growing fanbase. In June of 2016, Marlon Craft was one of three champions of TeamBackPack’s annual Mission Underground festival and global competition, out of 650 emcees competing from all over the world.

In recent months, Craft has seen exponential growth in exposure as two of his monthly “Craftstyle” videos received over 3 million and 5 million views respectfully. This combined with other consistent content, video singles, and more have earned Craft a sizable and growing international fanbase.