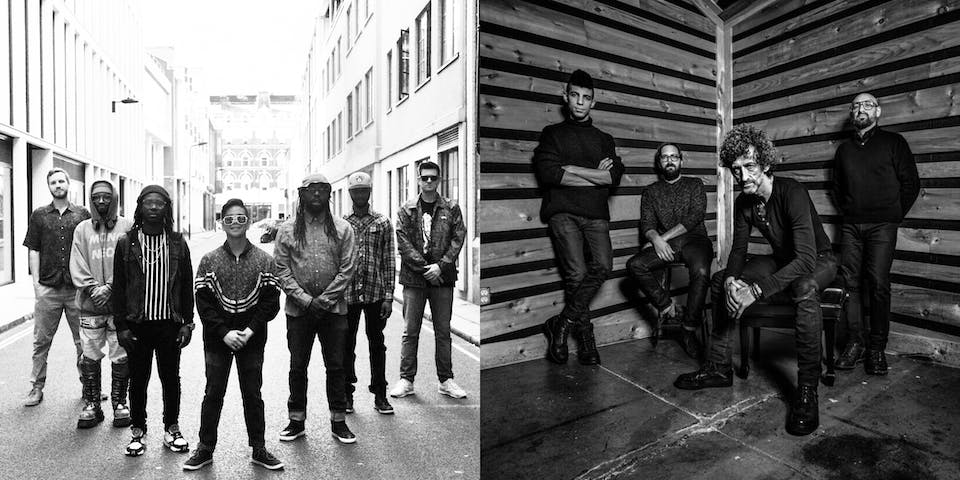 iCal
Google
This colossal pairing of Ghost-Note (ft mem of Snarky Puppy) and Jojo Mayer / Nerve is made for lovers of heady jazz, rock, and dance music!

Headed by Snarky Puppy’s multi-Grammy–winning percussion duo of Robert “Sput” Searight and Nate Werth, Ghost-Note is an explosion of sound. With an expansive roster of next-level musicians—representing members of Prince, Snoop Dogg, Erykah Badu, Herbie Hancock, Kendrick Lamar, Marcus Miller, Toto, Justin Timberlake, and more—the band is pushing funk music into the future, building on the uplifting, pioneering foundations laid out by the likes of James Brown and Sly & The Family Stone and infusing their fresh take with tastes of afrobeat, hip-hop, psychedelia, world folklore, and more.

Fearless, both in Swagism’s sonic depth and conscious social commentary, the band easily translates this adventurousness in a live setting. Ghost-Note’s live performances are bold and in your face, with the group offering up none of the tight-laced pretenses frequently associated with the band’s jazz roots. Focused on creating seductive danceable grooves and a contagious feel-good energy, each show is an opportunity to let loose and connect, for both fans and the musicians alike.

After forming in 2015, Ghost-Note has already begun to take the world by storm. The group’s two studio albums—2018’s Swagism and 2015’s Fortified—have earned critical acclaim and popular success around the globe, with both albums hitting the #1 spot on the iTunes Jazz Charts. Furthermore, the ever-growing family of musicians has mounted successful headlining tours in the United States, Canada, and Japan and performed at high-profile international music festivals and events.

NERVE evolved out of Jojo Mayer’s legendary party event Prohibited Beatz in NYC during the late 90′s. Initially a platform for experimental interaction between DJ’s, visual artists, musicians and the audience, the collective eventually developed into a fine tuned group that cross-pollinated the premeditated format of programmed electronic music styles with real time, improvised music performance. Within that format, the band assimilated a wide spectrum of electronic styles from old school Jungle, Dub Step or Glitch beats to Minimal and Tech House and anything that could escape genre descriptions yet. In the process, the group managed to acquaint a new audience with improvised music for the first time and ultimately bring the Jazz tradition of improvisation, driving rhythms and stylistic evolution to the digital age. Meanwhile, it embraces the essence of Rock ’n Roll of having a good time and showing the finger to anyone who has a problem with it. NERVE re-examines and transcends the relationship between human creativity and digital technology and created a new form of musical expression which is completely unique in the world today. 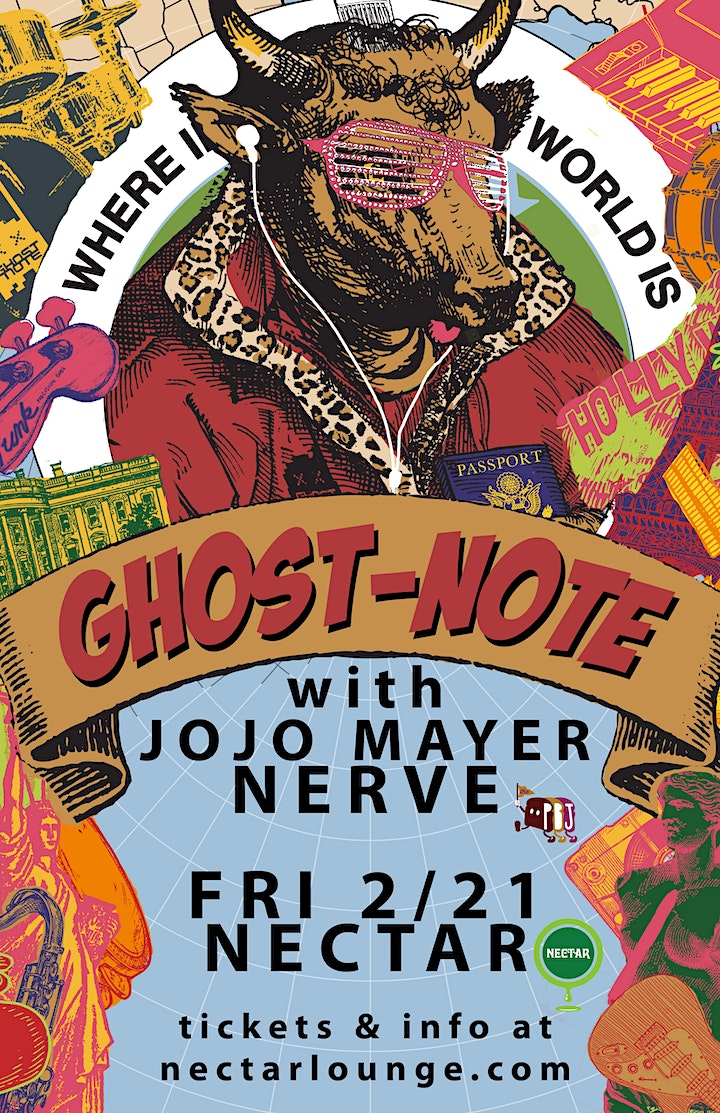