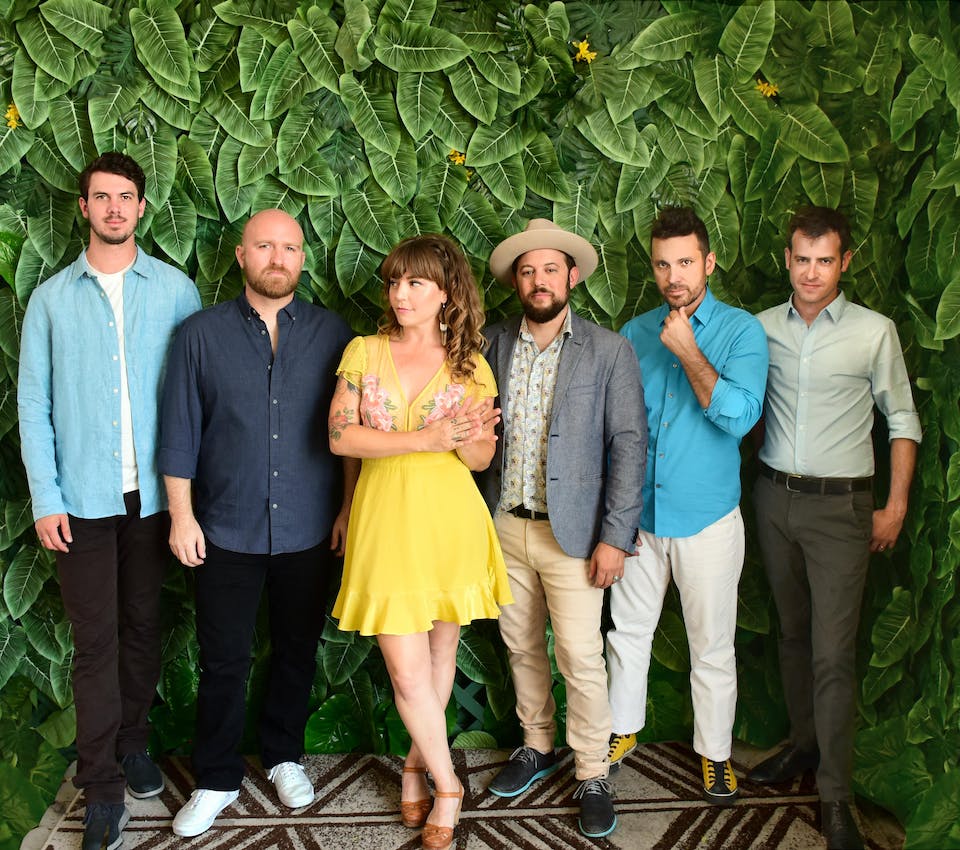 iCal
Google
String and brass ensemble DUSTBOWL REVIVAL are coming to town all the way from Venice, CA. Snag those tickets while you can!

This show is part of Northwest String Summit's #RoadToStrummit2020 tour! For more info for how to save money on your 2020 NWSS festival passes (or even win a pair of passes!), please visit: bit.ly/NWSSRTS20

with Jared & The Mill

Dustbowl Revival has always been about pushing the boundaries of what American roots music can be. In many ways, they could have continued creating joyful, booty-shaking songs and cut-to-heart folk-rock ballads that lift up their transcendent live shows - and mining new energetic material from the place where folk music, funk and soul meet. But the band’s newest album, Is It You, Is It Me, coming January 31 via their own Medium Expectations label and Nashville’s Thirty Tigers, is something different entirely. Produced by Sam Kassirer [Lake Street Dive, Josh Ritter] and engineered by Brian Joseph [Bon Iver, Sufjan Stevens], it represents the latest stage in a band that never stops evolving and refuses to stand still. After celebrating over a decade of sonic adventuring, playing thousands of shows together in ten countries and counting, and collecting a devoted and growing fanbase coast-to-coast, the six core members -- founder Z. Lupetin, Liz Beebe, Josh Heffernan, Matt Rubin, Ulf Bjorlin and Connor Vance -- knew they had to create something bigger.

The scary novelty of this creative process exposed doubt and tension - but also brought out a new courage in the band to dig deeper than ever. The result is a sonic revelation and a reckoning. Maybe it captures a conversation that hasn’t happened yet: between people on both sides of a divide that simply don’t know how to talk to each other. Many of the songs are like plays unfolding verse by verse. It’s the yin-yang conversational harmony that is the true specialty of Z. Lupetin and co-lead singing dynamo Liz Beebe, who both grew up performing and writing in the theater. With a big brass-and-strings band building the sets around them, Is It You, Is It Me isn’t afraid to explore the personal and political tension that the group may have shied away from facing before. The album tackles uneasy topics -- often where the political feels personal, especially in the defiant “Get Rid of You,” which was inspired by the student activists who emerged from the tragic Parkland High School shooting in Florida. The ominous driving brass groove of “Enemy,” sung powerfully by Beebe, hones in on a painful generational split between a daughter and her parents who may have voted in a tyrant, and have become strangers to her. This yearning search for common ground pervades the record as a whole.

The group’s signature intertwined vocal leads star on the opening track “Dreaming” which tackles the deep vulnerability of revealing your secrets and your soul every night in front of an audience. But where the band really sets on a new course is on lushly cinematic, orchestrated set pieces like “Mirror,” “Runaway” and, most notably, the current fan favorite and live showstopper “Sonic Boom,” about the struggle to reveal who you really are in the hidden, rose-colored world of social media. There’s a new widescreen expansiveness to these songs that wouldn’t be out of place in a packed arena or orchestra hall with a full neon light show. Acting like a nimble rock orchestra, each member played multiple instruments, and the group brought in new musicians on symphonic brass, and local friends to sing as a spur-of-the-moment choir.

Where does it all lead? If one thing is clear, Is It You, Is It Me represents another large leap forward for Dustbowl Revival, coming after their acclaimed self-titled 2017 album. Produced by Grammy-winner Ted Hutt (Old Crow Medicine Show, Drop Kick Murphy’s), It transitioned the group from a “roots dance party band” that continues to thrive on the festival circuit, to a nuanced ensemble embracing more soulful territory. That self-titled record was a direct bridge to the newest work, rising number to one on the Amazon Americana chart and featuring a funky favorite “Honey I Love You” where the band joyfully teaming up with blues master Keb Mo’. Their heartache folk number “Got Over”, surprised the band by racking up nearly seven million streams and counting online.

Dustbowl Revival’s story started humbly. Nearly 12 years ago Z. Lupetin - a Chicago native who attended college in Michigan came to L.A. to be a playwright and screenwriter, grew disillusioned with his job in advertising, and placed a hopeful ad on Craigslist. He sought to find fellow musicians who shared his roving love of Louis Armstrong, Bob Wills, Old Crow Medicine Show, Paul Simon, Aretha Franklin and the brass bands of New Orleans, but also wanted to write songs like Americana pioneers Wilco, Lucinda Williams and even Bruce Springsteen. There are still players in the group who responded to that initial odd quest.

“Maybe we don’t know where this journey will take us or how long it will last,” acknowledges Lupetin, “That’s my take on the importance of what we try to do. Music elevates us, lifts us up, makes us change our minds, takes us out of our comfort zones. If just one person can be moved by just one song, that’s enough.”

We’re 5 best friends from AZ. We love the desert, we love our city, its people, and we love each other. We love long drives, early mornings, late nights, dive bars, carne asada Tacos at 3 am, dirty jokes, and asking each other what we think about things. We’re just as likely to get down on Simon & Garfunkel and Bob Dylan as we are Van Halen, and Kendrick Lamar. We love dogs, we love our van, we love playing together, and we love you – it’s true. For the past few years, we’ve pretty much always been on tour, hitting the road on our own, with fellow bands, and have been lucky enough to open for a few heroes. From living rooms and basement clubs, to theaters and arenas, we just love playing shows, and being on the road.

Our fans are our greatest priority – we love them, we really do, and we do our best to insure them that we can’t do this without them. Our message is one of acceptance, not in a circle sitting kum-baya bullshit way, but in a way of acknowledging that we all have shit we regret, we all have passions and opinions, and it’s up to all of us to filter through our flaws and our regrets to find ourselves and love one another. Don’t judge other people, and care about everybody, like EVERYBODY everybody. Our shows are rowdy, you’ll break down your walls and realize you’re not in this alone. We hope you come to a show, make our songs apart of your story, and live the best fucking life you can. 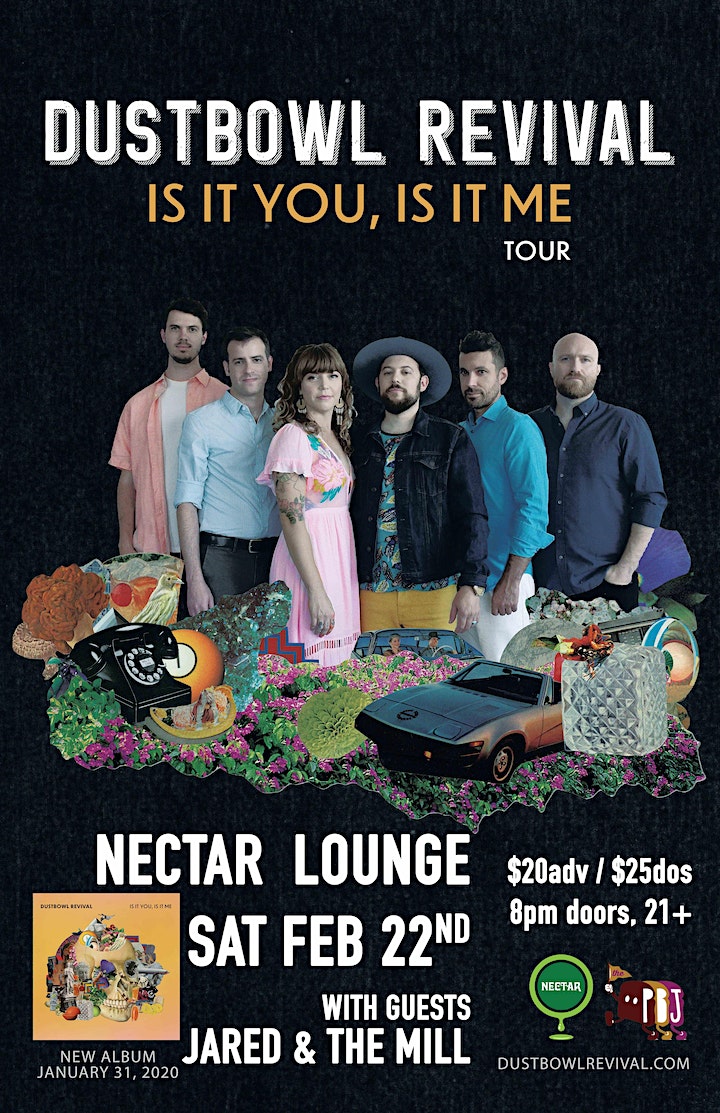