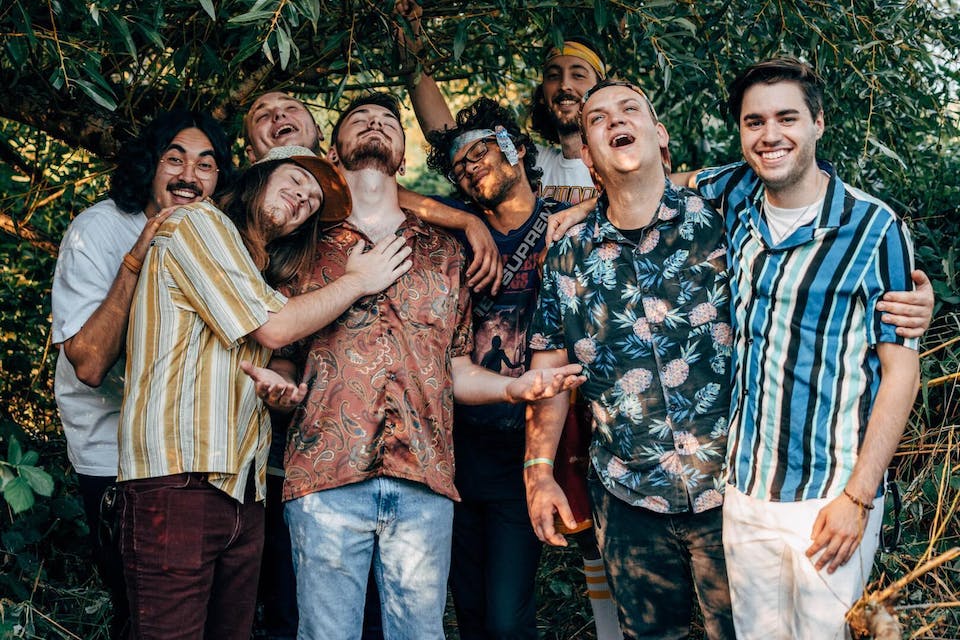 iCal
Google
The Funky Knuckles is a world class jazz orchestra made up of genetically enhanced cybernetic super men.

In their short time together, Cytrus has witnessed massive growth within itself and the surrounding community. Originally founded as a four-piece in early 2018 under the cover of HopSol, the ‘couple buds’ quickly began to absorb additional musicians before joining forces with a group formerly known as Bunk Foss. As a bi-product, the nine-piece has begun to build a dedicated fan base in the Northwest and beyond, co-hosting multiple sold out events throughout Western Washington and becoming a go-to act for promoters throughout the region. The merge sparked a turning point in the band’s sound, energy, and presence, ergo giving Cytrus its newfound name.

The inevitable result of a talent-soaked soul and jazz community, The Funky Knuckles are taking the sound of Dallas to an entirely different level. They have been together six years and have held a weekly residency since the beginning. The band is comprised of sidemen from some of the most respected acts in the music industry (Beyonce, Erykah Badu, Chrisette Michelle, Talib Kweli, P. Diddy, The Polyphonic Spree, etc.), yet possesses a sound distinctly separate from any of their individual projects.

The Funky Knuckles move together musically as a school of fish, never complacent and always stretching the boundaries of improvisation and composition. Whether performing original music or standards, they draw from each member’s musical experiences to create their unique genre-bending sound. After the release of their debut album on GroundUP Music, As of Lately, The Knuckles added a full-time horn section and began touring nationally.

Meta-Musica (also on GroundUP), climbed the iTunes Jazz Charts to become the #1 selling record in the United States the day it was released.