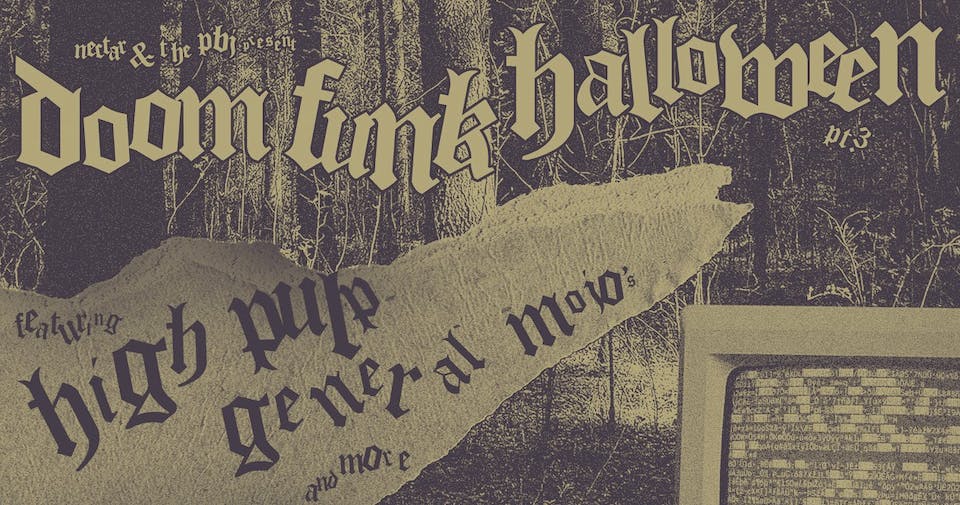 Born out of a basement in Seattle’s Greenwood neighborhood in 2015, High Pulp has been taking Seattle by storm. Obsessive attention to compositional detail and unique song structures characterize the band’s winding music. Effortlessly fusing diverse influences from jazz to funk and hip-hop to punk has lead High Pulp to call it’s music Future Funk Fusion - a melding of the past to create something distinctly cutting edge.

In March of 2017, High Pulp began playing weekly shows at Seattle’s revered jazz club The Royal Room, facilitating the development of deeply engaged in-the-moment conversations between members. As the band grew its ability to express and improvise in the live setting, the buzz grew stronger. Since High Pulp initially broke onto the scene, the band has already played to packed rooms at some of Seattle’s most prominent venues such as Neumos, The Tractor, and The Crocodile, as well as playing festivals such as Upstream, BAMF, and Big Bldg Bash.

In January of 2018, the band entered the ’studio’ (a friend’s cabin on Whidbey Island) with Jason Gray (Polyrhythmics) to record their debut album ‘Bad Juice’. Featuring 8 songs, ‘Bad Juice’ is High Pulp’s manifesto - taking the listener on a series of unexpected turns and all the while inducing subconscious head-bobbing. At its core, this is a band of adversaries - the moment that High Pulp seems to fit into a ‘genre’, it will be immediately shattered.

Resurgence isn't a term to take lightly, particularly in music; it takes more than one band to bring back an entire sound. The application for a psychedelic pop “resurgence”, though, has been developing a more convincing case file with acts like The Flaming Lips, Tame Impala, and Animal Collective fronting a renaissance of familiar soundscapes that recall the tradition of long haired frontmen making fuzzy yet catchy rock sounds.

Since 2012, General Mojo's has been moving forward with that application, providing an American Northwest-spin on the music of a regrettably bygone era.

Starting as a cast of friends playing in Seattle's DIY scene, Dune Butler had used the forming of a psych rock band as the start to the sound he was dreaming to accomplish after spending time with the folk / country act BLVD Park. After recruiting guitarist David Salonen, drummer Sam Veatch and finally keyboardist Eric Vanderbilt-Mathews into the fold, they set out as General Mojo's Key Project. Their first show was in the basement of 5010 house, and in their first instrumental track “Free Sound Paradox”, they laid out what their sound was going to be: simultaneous waves of psychedelic and melodic, bouncy and heavy, down-home and interstellar.

They were to be a four piece with featured vocals, then provided by Tekla Waterfield (also formerly of BLVD Park) in tracks such as “Chandelier”, which calmly strolls along in straight lines of elegant verse-chorus, and “The Jeannie Suite”, which evolves and grows and references back to the song's past-- something more akin to a rock opera.

The four Key members began to share space, and in living together grew chemistry and developed the need and love of vocal harmonizations that would require a full time co-lead. This lead, first provided by Kate Ettinger, opened doors for the band's sound and allowed their first tour (in support of their first record, then-eponymously titled General Mojo's Key Project) to form the foundation of what would evolve into their signature tone.

This sound continued to grow and was more prominently featured in their second and most recent record, How Hollow a Heart. Thanks to Ettinger's vocals and sound wizard Jeffrey Marshall's mixing and mastering, HHAH was released as a statement of the band's forthcoming prominence. With tracks such as “The Valley”, “Geese on the Lawn” and “Don't Feed the Birds”, the band developed a more driving and full sound that expanded on their first record's duality of experimentation and practicality. Not long after HHAH was tracked Ettinger returned to her home city of New York, NY to fulfill her solo career, and the band elected to drop “Key Project” from their title, leaving simply General Mojo's (they kept the apostrophe, don't forget it).

Now in the wake of the aforementioned second album, General Mojo's is creating an even more locked down groove with newest addition Heather Thomas, who provides non-traditional accompaniment as a vocal lead with percussion and floor tom positioned front and center of the stage. In the face of changes and evolutions and turns not unfamiliar to any newer band, General Mojo's stage presence has remained steady in the face of a shifting city and scene. On top of the latest tour, the band is also writing and working on their third record, which promises to be the most mature iteration of their sound yet.

Despite their light hearted approach to stage presence and style, GM provides a serious sound, collecting the hook-laden melodies and complex lucid solo sections reminiscent of Yes, Emerson Lake & Palmer, or (bringing it back to the whole resurgence conversation) something like Temples. Bringing together Butler with his Thunderbird, Salonen with his Telecaster, Vanderbilt-Mathews dual-playing a Nord and Juno 106, Veatch and Thomas holding it down with drum / percussive elements, and the whole group chiming in on elaborate and alluring harmonies to accompany Butler and Thomas' lead vocals, it's exciting to see: General Mojo's plays both the loose and groovy rock you remember and a buttoned down psychedelic sound you've never experienced before.

The Cumbieros are a multi-national Cumbia band born in Seattle in 2011, made up of talented musicians coming from diverse backgrounds and countries, including Chile and the US. Featuring a variety of instruments such as horns, Rock and Latin percussion, guitars, keyboard, and more, The Cumbieros fuse traditional and contemporary South American Cumbia with the modern sounds of ska and rock creating fun, high-energy music that drives everyone to the dance floor. Cumbia is a genre of music/dance that originated in Colombia but extremely popular all across Latin America. Today, The Cumbieros continue spreading the popularity of this music to the Pacific Northwest and beyond with one goal in mind: getting people on the dance floor.