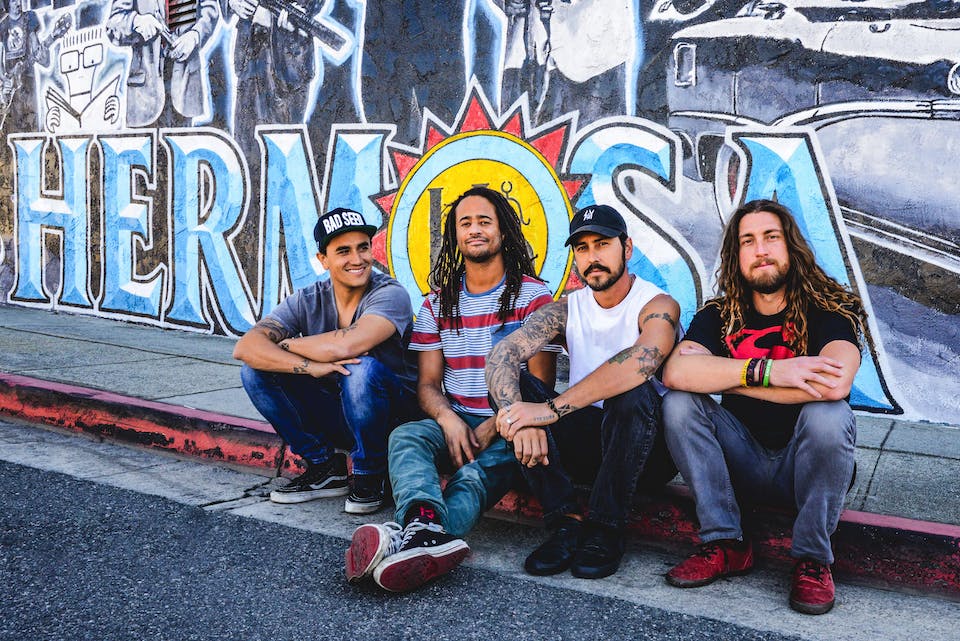 iCal
Google
CA based Reggae band TOMORROWS BAD SEEDS are coming to Nectar with a mix of Pop and Rock. Tickets on sale now!

The band tours an average of 40 weeks a year coast to coast, selling out venues and spreading like wildfire across the nation. Building a solid and loyal following wherever they go. On June 16th, 2012 TBS headed out to appear for their 3rd time at the 2012 Vans Warped Tour. They just released their highly anticipated 3rd album on June 12, 2012 titled “The Great Escape” produced by Grammy winner Damon Elliot. TBS released their first single off the album titled “One Way” co-written with Tim Myers of One Republic fame on March 27, 2012. “One Way” is currently on the radio and made it onto the Top 40 Billboard Indicator Charts 5 weeks in a row. With so much anticipation surrounding the album, “The Great Escape” hit #28 on the Itunes Alternative Charts upon its first day of release. On February 25, 2012 the Bad Seeds concluded their 6week headlining tour with a sold out performance at the Anaheim House Of Blues. On November 12th 2011 they finished 3 nationwide tours all the while promoting their single “Nice & Slow”. The single was released August 8th 2011 along with their sexy summer video recognized for winning MTVU Freshmen Video Pick Of the Week and played on hundreds of media outlets. “Nice & Slow” received notable radio play and climbed its way on to the MB radio charts. No wonder the band’s Facebook page has over two million impressions. On March 3, 2011 TBS appeared on The Late Late Show With Craig Ferguson performing their single “Only For You” off their 2nd album “Sacred For Sale.” On November 18th, 2010 TBS received the “Commercial Success Award” at the Los Angeles Music Awards for having more than 150,000 downloads for 2010

Tomorrows Bad Seeds prove to be extremely talented musicians, vocalists and entertainers as a whole. Their live show provides a high-energy performance that will have you craving more. Since the band’s inception, they have shared the stage with the likes of UB40, 311, Pennywise, Smashing Pumpkins, The Wailers, and Fishbone, to name a few. In 2007 the Seeds’ signed with Urbantone Records releasing their debut album "Early Prayers" then on May 25th, 2010 they followed up with their sophomore record entitled “Sacred For Sale” distributed by MRI a subsidiary of Sony/RED. You can find Tomorrows Bad Seeds music online on Itunes, Amazon, CDbaby, etc. Their fans can reach them on top social media sites and on our official web page. “We come with versatility because we come from such a melting pot of music here in the Greater Los Angeles Area,” Moises said. We don’t really fit into a ‘genre’, our sound is best described as an attitude a blend of everything, with something for everyone!”