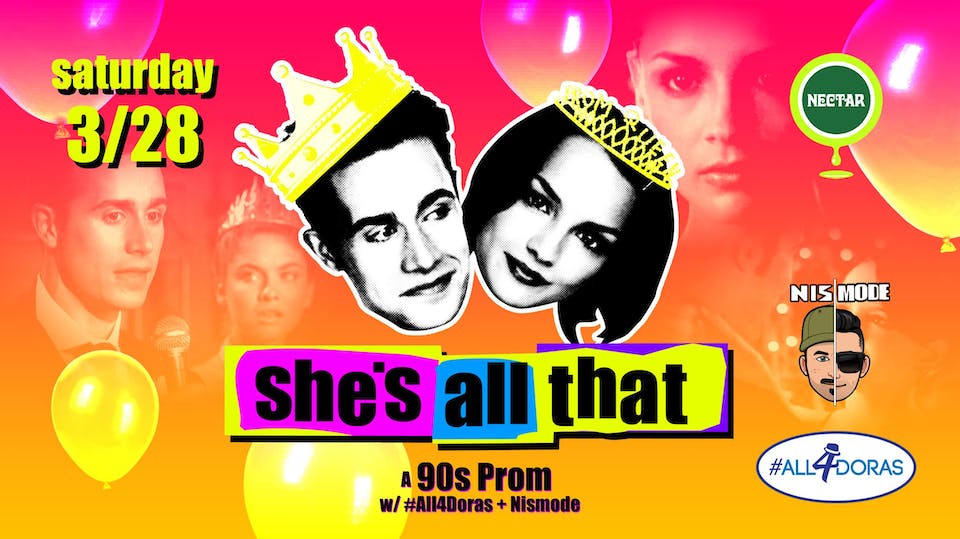 She's All That: A '90s Prom Party featuring #all4Doras

'90s Prom Party! Come get down to Spice Girls, Backstreet Boys, *NSYNC, Britney Spears and much more in your '90s Prom attire! We are taking it back to '90s where Freddie Prinze Jr and Rachel Leigh Cook ruled the Prom Scene. Ever wanted a chance to relive one of your favorite teen movie's prom scene? She's All That: A '90s Prom Party is your chance! NisMode spins all your favorite '90s Dance floor party tracks. Plus an exclusive performance from Seattle's Hottest Boy Band tribute #All4Doras!

#All4Doras - Seattle's 1st EVER "Tribute Boy Band"...Re-imagining live music performance with epic dance routines (Backstreet Boys + NSYNC) to your favorite boy bands while breaking girls hearts since 2013. They consist of 4 of the most unique, talented(ish) and ridiculous individuals ever assembled. Since bursting on the scene they’ve already played shows all over Seattle’s most famous venues and have played with many other notable artists including O-Town, Ryan Cabrera, Aaron Carter, Turquoise Jeep, and Wanz. If you go to an #ALL4DORAS show, one thing is for sure, you will never see anything like it! Join the madness, and become a #4Dorable while indulging your nostalgia! 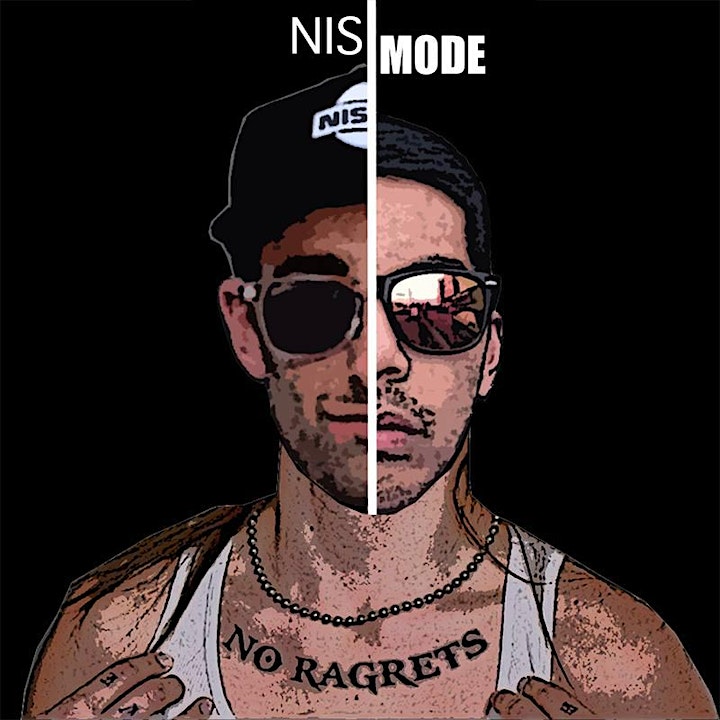 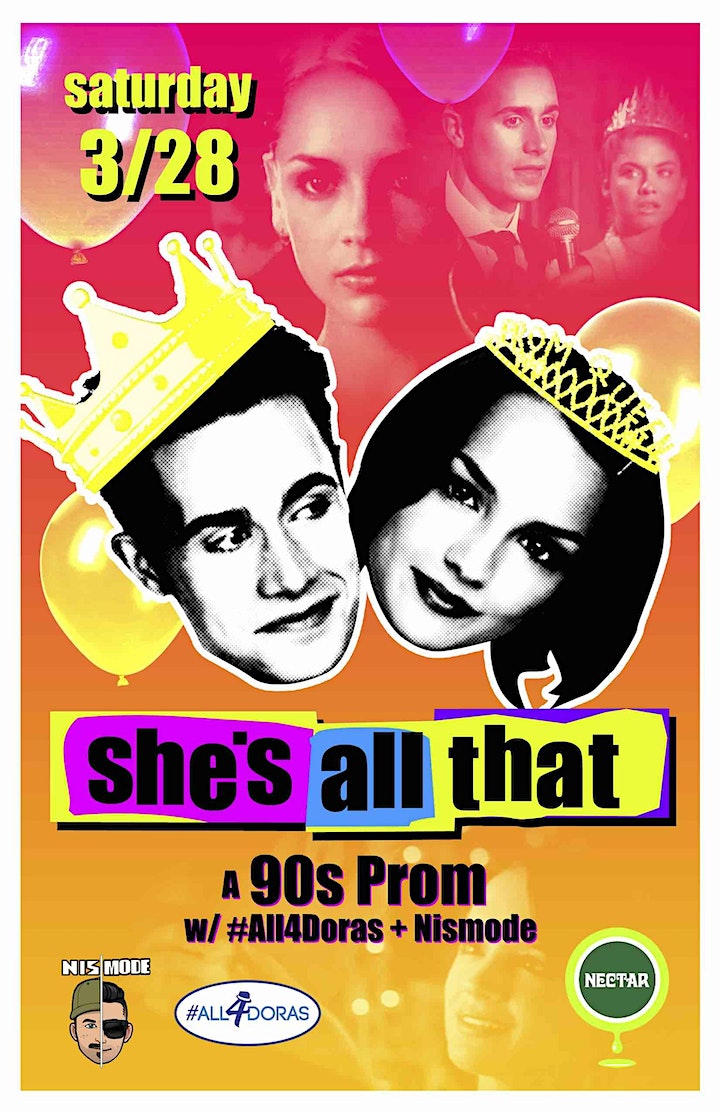