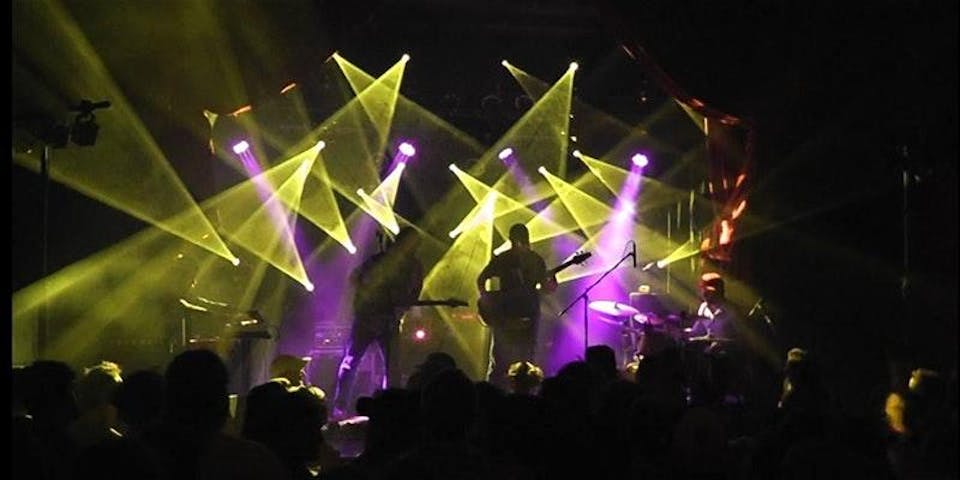 SHAFTY Portland's Tribute To Phish "an evening with"

iCal
Google
Put on your donut muumuu and you enjoy myself a big phat dose of Page Side, Rage Side as Shafty jams out Phish 1.0 and 3.0 (ok, some 2.0).

What began as essentially a goof – a chance to throw down some familiar dancy beats and jam for whoever felt like listening - ultimately lit a spark under the off-the-radar powder keg of Phish fans in the Portland, Oregon music scene.

More time was spent talking about the possibility of putting a Phish tribute together than actually practicing, prior to their first performance at local basement pub The Goodfoot Lounge, in February of 2012. Expectations for attendance were moderate at best, yet before the band played the first note, there was a line out the door, culminating in a jam-filled celebration of the music of Phish to an over-capacity crowd!

The demand for a repeat was high, and Shafty was born. If there's a motive, it's to recreate the energy of a Phish show, with the attitude of playful band-audience interaction at the forefront and sharp musical skill acting as a behind-the-scenes glue to hold it all together.

The band's songlist is growing strong. Now at a staggering 290+ songs, the repertoire includes brand new Phish material such as "No Men In No Man's Land," "Blaze On," "Mercury," and more. A notable "Story of the Ghostbusters" mashup made news on JamBase.com, and the usual hijinks of slicing, dicing, and unpredictably rearranging songs continues. Throughout 2014 the Oregon band expanded to Montana, Idaho, and Washington, as well as touring to California and Nevada in 2015. As Phish's repertoire continuously grows, Shafty mirrors that growth - with recent additions from Halloween 2018, and Trey's 2019 project "Ghosts of the Forest".

It is not uncommon for the band to perform weeklies at The Goodfoot Lounge, where they'll perform for up to nine Wednesdays in a row without repeating a single Phish tune, thus providing a fresh concert experience for the diehards who attend week by week. These weeklies have helped create the telepathic musical chemistry between the band members, as well as providing the motivation to learn as many songs as possible to please the fanbase.

As 2019 continues, it's anyone's guess as to what new landscapes the band will take on. Phans can look forward to bigger venues, multi-night runs, and more shows out of town!