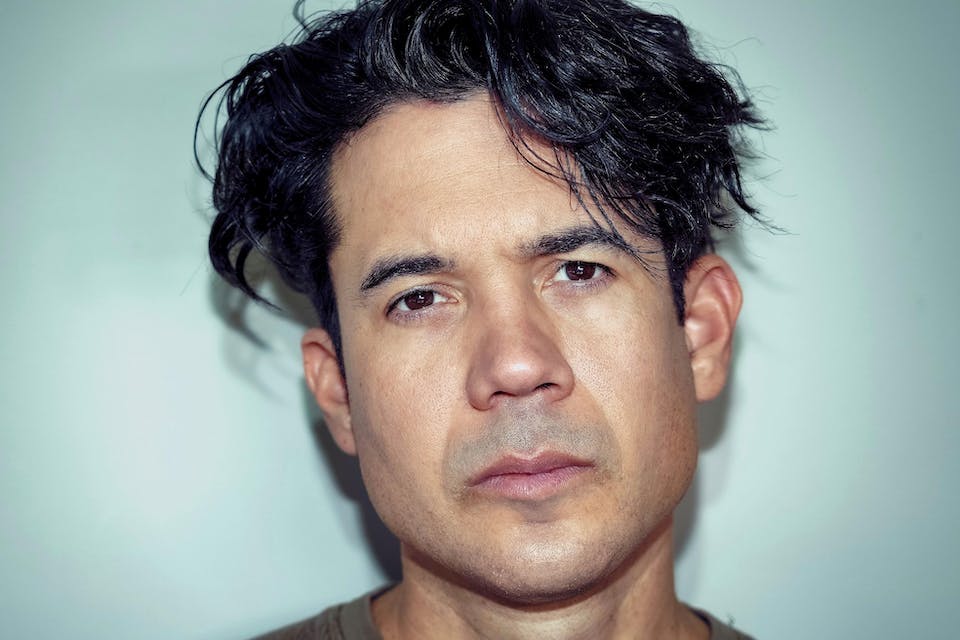 This show, originally scheduled for April 23rd, has been rescheduled to August 13th.

Matthew Dear is a shapeshifter, oscillating seamlessly between DJ, dance-music producer, and experimental pop auteur. He is a founding artist on both Ghostly International and its dancefloor offshoot, Spectral Sound. He writes, produces, and mixes all of his work. He's had remixes commissioned by The XX, Charlotte Gainsbourg, Spoon, Hot Chip, The Postal Service, and Chemical Brothers; he's made mixes for DJ Kicks, Get Physical's Body Language, and Fabric mix series. He maintains four aliases (Audion, False, Jabberjaw, and Matthew Dear), each with its own style and distinct visual identity. He straddles multiple musical worlds and belongs to none, now nearly 20 years into his kaleidoscopic career, with five albums and two dozen EPs plus millions of miles in the rearview of his biography.

Dear's 2003 full-length debut, Leave Luck to Heaven, is a suite of sparse, wickedly funky house laced with Dear's deep, distinctive vocals, and includes the much-loved single "Dog Days" (voted one of Pitchfork's Top 100 Songs of the Decade). The record was met with rapturous acclaim from both the dance-music establishment and the critical press, including a four-star review in Rolling Stone. The 2007 follow-up, Asa Breed, is a considerable departure from Heaven's dancefloor excursions, incorporating the polyrhythms of Afrobeat, the irreverent pop sensibilities of Brian Eno, and the austere beauty of Krautrock. More four-stars reviews followed, and Dear subsequently began touring with a live three-piece band, Matthew Dear's Big Hands, in which Dear acted as frontman, commanding the stage with a Bryan Ferry-like swagger and a gentleman's grace.

2010 saw the release of Dear's watershed third album, Black City, a darkly playful sound-world that envelops the listener like the arms of a malevolent lover. Black City was met with near-unanimous critical praise, earning top marks from Mojo, Uncut, Q, URB, and the Village Voice, ending up on countless year-end lists, and earning Pitchfork's coveted Best New Music nod. A worldwide tour followed, in which Dear and a newly expanded band continued to hone their live chops with vicious focus, as well as a remix EP in 2011 and a run of live dates with Interpol.

In 2012, Dear released Beams, a collection of weird and wild rhythm-driven pop songs. Equal parts optimistic and uneasy, it was both a drastic departure from and a worthy successor to Black City's gothic masterwork. "A forward-looking moment that also serves as the closing on the latest chapter in Dear's evolution," said Resident Advisor in their 4.0/5 review. Over the next five years, Dear would tour internationally with Depeche Mode and Hot Chip, DJ and release music under his Audion alias, and embrace a life of studio tinkering and family time back home. He also accepted a lecturing position at the University of Michigan School of Music and explored creative partnerships with General Electric (a music experiment sampling thousands of their machines, bundled by BitTorrent) and Microsoft (a Cannes Lions award-winning installation called DELQA, premiered at New Museum).

In the summer of 2017, he shared two slyly different singles under his own name: the moody, urgent "Modafinil Blues” and the buoyant, blithe, Tegan and Sara-featuring “Bad Ones." Next came a tour with MGMT and the announcement of Bunny — his fifth full-length released October 2018 — which follows both modes, among others, parading down a rabbit hole of unhinged phrasings, dreams, and interludes. A dual vision of avant-pop; an artistic reckoning from a 21st-century polymath; persona splintered, paradox paraphrased, a riddle rendered. Bunny further confirms that Dear occupies a rarified corner of the musical universe: no longer tethered to any one genre, respected by his peers, and blessed with a bottomless well of creative energy.