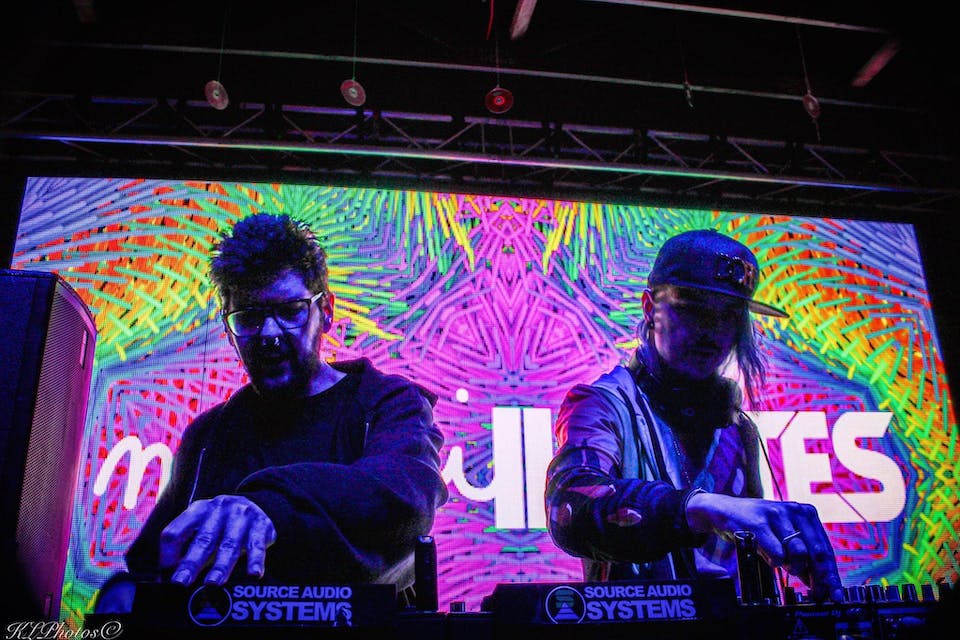 iCal
Google
Mr. Bill and ill.Gates are teaming up on March 19 as MR BILL GATES with special guests!

Mr. Bill has been a leader in the audio production world for years. Beyond producing dazzlingly intricate originals, remixes, and collaborations with other stars of the industry, his eagerness to share his massive library of technical know-how has made him just as sought-after for studio work as he is for highly energetic and crowd-pleasing live performances.

Mr. Bill has toured North America and Australia with a live drummer, supported Beats Antique on multiple U.S. tours, and has played major festivals around the world. He scored the Nicolas Cage horror-comedy MOM AND DAD, and his techno side project Electrocado was signed to deadmau5’ mau5trap label for a multiple EP contract. Mr. Bill released his IDM album, Apophenia also on mau5trap, as well as the collab “10.8” with deadmau5 featuring an epic animated video by Bill’s longtime artist, Funilab. Mr. Bill also released a collaborative EP with Esseks, DeadLanguage on Ganja White Night’s Subcarbon label, and has current and future collabs slated for release on Deadbeats, Wakaan, and even more labels this year.

ill.Gates is a name known by nearly all producers in the English speaking world. His songs have been in the iTunes Top Ten Electronic Charts several times. DJs play his music every weekend and fans wear their ill.Gates tattoos with pride. His ringtones can be heard on the Windows Phone and rumor has it he is working on a secret project with Disney. At this point I think it’s safe to say ill.Gates is a household name.

When he isn’t composing his own music ill.Gates is teaching the next generation of musicians and providing employment opportunities through Producer Dojo, an organization he founded in 2016 with the goal of ‘launching 1000 music careers’. Producer Dojo uses a martial arts belt system to cultivate discipline in young music producers, provides them an outlet for release on the Dojo record label, and helps them create an online business selling samples, sounds and services.

ill.Gates is known for traveling the globe but has recently moved to Los Angeles in order to build a studio for the Producer Dojo, which opened in 2018. You can catch up with the ill one at www.illGates.com and learn all about the Dojo at https://producerdojo.com/