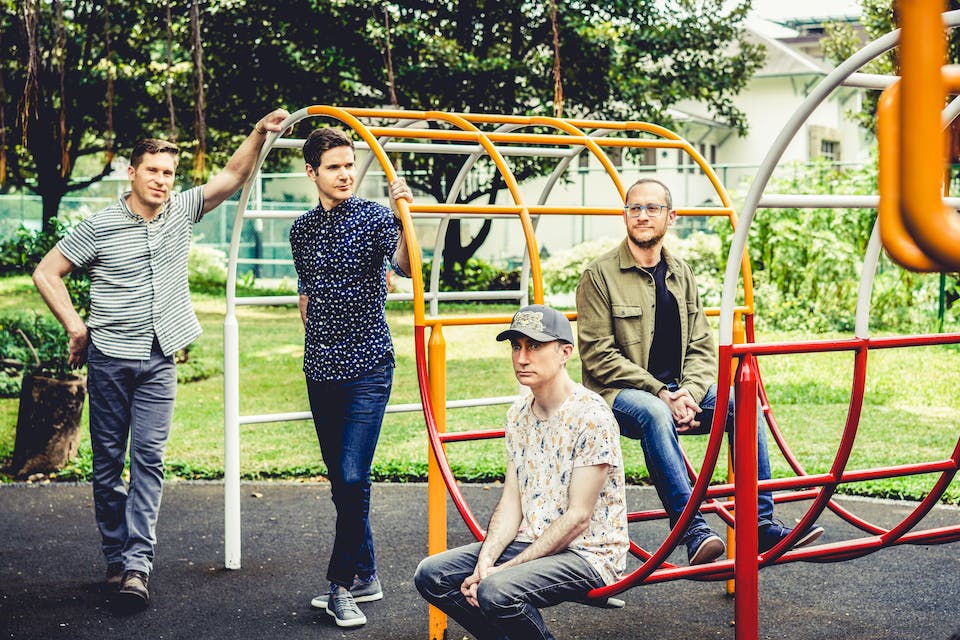 $10 students and military AT DOOR

Kneebody’s sound is’¦ explosive rock energy paralleled with high-level nuanced chamber ensemble playing, with highly wrought compositions that are balanced with adventurous no-holds-barred improvising. All “sounds-like” references can be set aside; this band has created a genre and style all its own.

Kneebody is keyboardist Adam Benjamin, trumpeter Shane Endsley, saxophonist Ben Wendel and drummer Nate Wood. The band has no leader or rather, each member is the leader; they’ve developed their own musical language, inventing a unique cueing system that allows them each to change the tempo, key, style, and more in an instant.

Kneebody draws upon influences spanning D’Angelo’s Voodoo to music by Elliot Smith, Bill Frisell, and Miles Davis. Their live shows are known for intense sonic landscapes of the Radiohead ilk, for the rhythmic bombast of a Squarepusher or Queens of the Stone Age show, and the harmonic depth and improvisational freedom experienced at a Brad Mehldau concert.

In 2005, Kneebody released their debut self-titled album Kneebody on Dave Douglas’ Greenleaf Music Label. Low Electrical Worker followed in 2007 on the Colortone Label. A collection of 13 original songs, Low Electrical Worker was hailed by saxophonist Joshua Redman as one of his “favorite albums of 2007.” In the spring of 2009, Kneebody and vocalist Theo Bleckmann released 12 Songs of Charles Ives on the Winter & Winter label and received a Grammy Award nomination in the “classical crossover” category. 2013 saw the release of The Line for Concord Records. In 2015, Kneebody’s groundbreaking collaboration with electronic musician Daedelus on Kneedelus was released on Flying Lotus’ imprint Brainfeeder records to praise from critics and audiences alike. Kneebody made their Motéma Music debut album Anti-Hero in March of 2017.