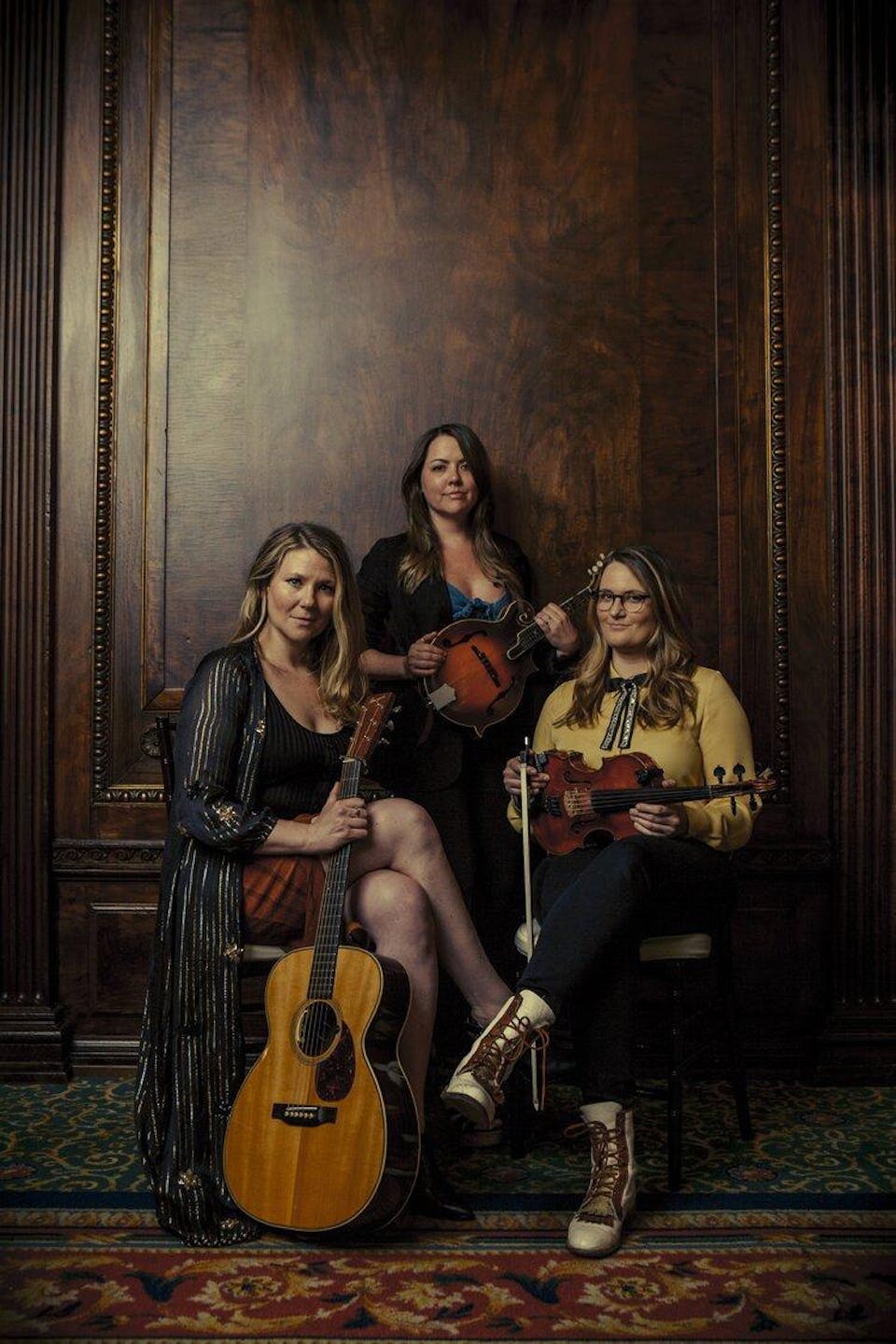 In the making of their fourth album Headlight, Della Mae has claimed a more daring sense of freedom than they’d ever allowed themselves before. Boldly breaking genre convention, the Grammy Award-nominated band pushed beyond their bluegrass roots and followed their instinct to their most sonically adventurous body of work to date. And in lyrics, Della Mae has fully embraced the album’s potential as a platform for change, delivering a collection of songs at turns fearlessly personal and powerfully resonant.

With Gardner describing Headlight as “the record we’ve always wanted to make,” Della Mae views their newfound lack of restraint as an imperative for the all-female band. “So many things have happened that we knew we needed to write about, so we shelved old ideas of what we’re supposed to sound like, and just played these songs in the way that felt right,” says Ludiker. Woodsmith adds: “We decided we don’t have to carry the weight of other people’s expectations of who we are anymore. As women living in today’s world, we no longer feel the need to bow down to anything or anyone, and it feels incredibly liberating.”

Della Mae’s first full-length since their 2015 self-titled effort, Headlight matches its raw intensity with an unbridled joy. Their most collaborative work yet, the album features an exceptional lineup of guest musicians, often contributing on instruments entirely new to Della Mae’s output: keys, drums, electric guitar. In striving toward that more expansive sonic palette, Della Mae devoted many months to exploring possible directions for Headlight, then experienced a major breakthrough during a December 2018 writing retreat at MOXE (a women-owned creative space in Nashville). Toward the end of the retreat, the band invited a host of local players for a jam session, and quickly discovered an unexpected chemistry. “I remember going into it thinking, ‘This is going to be so awkward—I don’t know most of these people, I don’t even know how to play these songs yet,’” Woodsmith recalls. “But listening back to those recordings, there’s so much spirit and life. We felt a total lack of inhibition, and it was absolutely pivotal in making this album.”

Produced by Dan Knobler (Lake Street Dive, Caroline Spence) and tracked at Sound Emporium Studios in Nashville, Headlight bears a thrillingly dynamic sound, achieved in part by enlisting a number of the MOXE musicians (including longtime Sheryl Crow keyboardist Jen Gunderman) and recording most of the album live. Still, that kinetic urgency never overshadows the eloquence of Della Mae’s lyrical storytelling. “A lot of the songs are snapshots of different women at different stages of their lives,” notes Ludiker. “At the same time, we were sharing very intimate things that we’ve personally experienced, in a way that we haven’t quite done before.”

Opening on its title track, Headlight begins with a potent message of perseverance in the face of adversity, penned in response to Dr. Christine Blasey Ford’s testimony to the Senate during Brett Kavanaugh’s confirmation hearing. “All the rage and sadness and disbelief I felt came out in that one song,” says Woodsmith. “I was really struck by the thought of women like Dr. Ford and Anita Hill standing up like that, even though they knew it would destroy their lives. It’s so painful to watch, but hopefully it’ll end up illuminating the path ahead for other women.” Channeling a triumphant energy in its soaring vocals and marching drumbeats, “Headlight” ultimately celebrates the power of that ineffable courage, providing both strength and solace in one simply articulated refrain (“They might not believe you/But I do”).

With its artfully woven themes of determination and persistence, Headlight also speaks to Della Mae’s collective endurance as a band who averages 220 days on the road per year. To that end, the soulful and slow-burning “Working” (one of several tracks featuring the luminous harmonies of The McCrary Sisters) came to life with co-writer Mark Erelli just after Woodsmith had torn through a particularly rowdy gig. “It’s about working as a musician and feeling sometimes like maybe you should give up—but then having just enough hope and foolishness to keep holding onto this dream,” Woodsmith says. Also co-written with Erelli, “The Long Game” extols the band’s camaraderie and grit, subtly twisting the mood with a bit of biting self-awareness. “There’s a line in ‘The Long Game’ that says ‘Ain’t in it for my health, that’s for damn sure,’ which I think captures us really well,” says Gardner. “We do this for the love and the message and the passion of it, and there’s never a moment where we’re like, ‘Yes, we’ve made it!’ We just keep going and keep trying to affect people positively, because that’s all we really can do.”

Elsewhere on Headlight, Della Mae turns utterly joyful in their celebration of indomitability: “Wild One” offers a fierce and fiery tribute to the kind of woman who is unapologetically herself, while “First Song Dancer” pays rollicking homage to “that person in the audience who gives you all their energy right off the bat, and makes you feel like you’re up there for a reason,” according to Ludiker. An album graced with a rich emotional depth, Headlight shifts into a somber tone on “Change”—a starkly pensive piece written by Wood & Wire’s Tony Kamel. “Like Kimber and I, Tony had gone through the experience of losing his father,” says Woodsmith. “We drew from that common experience, and turned it into a song about how the only constant in life is change.” In another intensely revealing moment, “Waiting For You” details Woodsmith’s struggle with infertility, its lyrics unfolding in a purposeful outpouring. “‘Waiting For You’ is one of the more personal songs I’ve written in my life, and I had to think long and hard about whether I wanted to put it on the album,” she says. “In the end I realized that it might help other people to talk about their own experience, and hopefully bring some kind of comfort as they’re dealing with all that frustration and sadness.”

Finally, on the album-closing “I Can’t Pretend,” Della Mae presents a layered meditation on failure and regret, the song’s lyrics drifting from deeply introspective to deliberately outward-looking. “That song was written in a very stream-of-consciousness way, and ended up being about all the ways that we let others down,” says Woodsmith. “It starts with a memory of an old lover, then moves on to family, and then to society—how badly we’re letting down all these children who’ve been separated from their families at the border. It’s making a statement that those in power need to do more to protect the vulnerable, but it’s also asking ourselves, ‘Are we doing enough? Are we going to look back and wonder why the hell we didn’t do more?’”

Throughout Headlight, Della Mae imbues their songs with the unshakable sense of purpose they’ve embodied since first getting together. Formed in Boston in 2009, with ambitions of disrupting the male-dominated music scene, the band has proven undeniably ahead of their time in placing women at the forefront—an element evident in the origin of their name. “Della Mae is a woman who pops up in a lot of bluegrass songs and who’s a victim of physical abuse—she done her man wrong, and now he’s gonna get her,” Ludiker explains. “From the beginning this band has been about reclaiming or changing the conversation for women, especially those whose stories haven’t been told.” Over the years, Della Mae have worked toward that goal by teaming up with the U.S. State Department, and traveling to over 30 countries in an effort to improve opportunities for women all across the globe. "Advocating for women's rights is the backbone of this band, and we realized that adding public service work to our touring was an important way we could make a difference."

For Della Mae, Headlight marks a whole new level of fulfillment of their longtime mission as well as a profound evolution from their earliest days. "It’s important to us to back up what we stand for with what we say in songs,” says Woodsmith. “This is our contribution as a band: to keep up the tradition of the women who trailblazed before us and leave the world a better place than when we found it."

My name is Maya, and I am a musician - a singer, a songwriter, and I play guitar, violin, and banjo, and I’m learning some other things. I played classical violin growing up, and also always loved writing in every form - even writing papers for school. I eventually discovered songwriting as a way to express myself and process the world and connect with others. I spent many months traveling around and playing on the street as a busker, with an open fiddle case or guitar case, learning the incredible immediacy and intimacy of live music. In 2012 I co-founded a band called The Stray Birds, and we toured full-time for nearly 7 years (2012-2018). When the band split up, I retreated from touring and I got a job as a barista at a Starbucks in Nashville. I spent that year working through a lot of stuff, and just generally retreating from music and touring. But in the middle of that year, I released my first solo record, in January 2019, and I wrote and recorded another one that I’m aiming to release in 2020. I am so grateful for all the different experiences I've had so far, and I feel like I get to choose music all over again as I begin this next solo chapter. I also really love co-writing songs with other artists, so I find time for that too. Thanks for visiting this site! 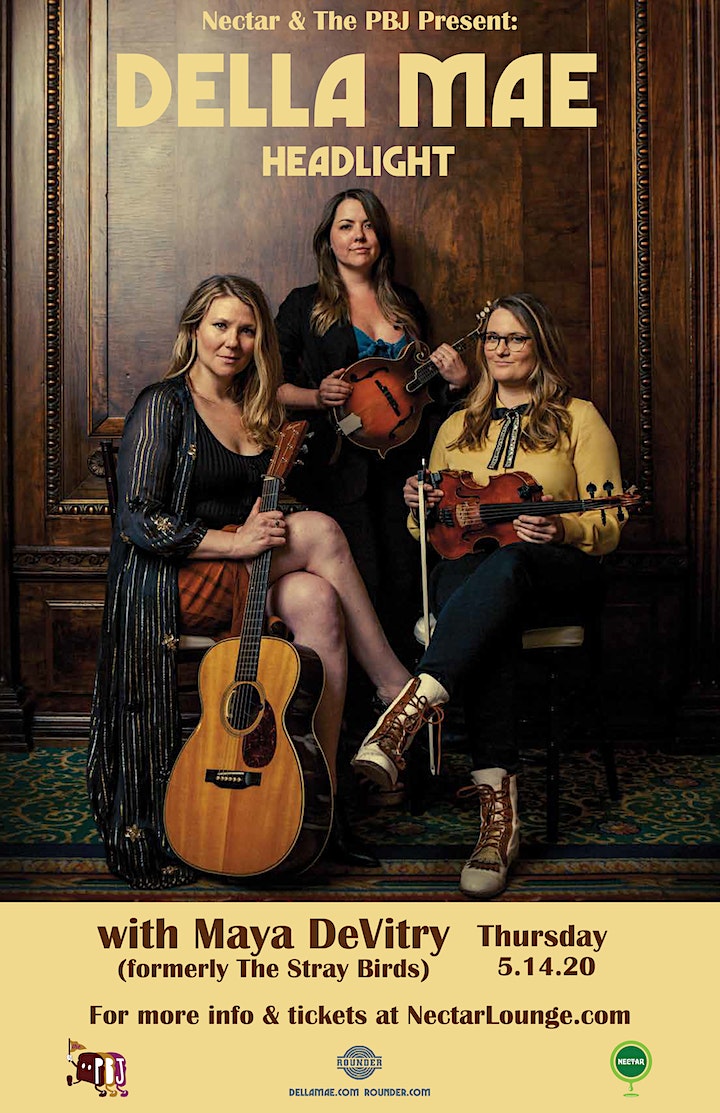