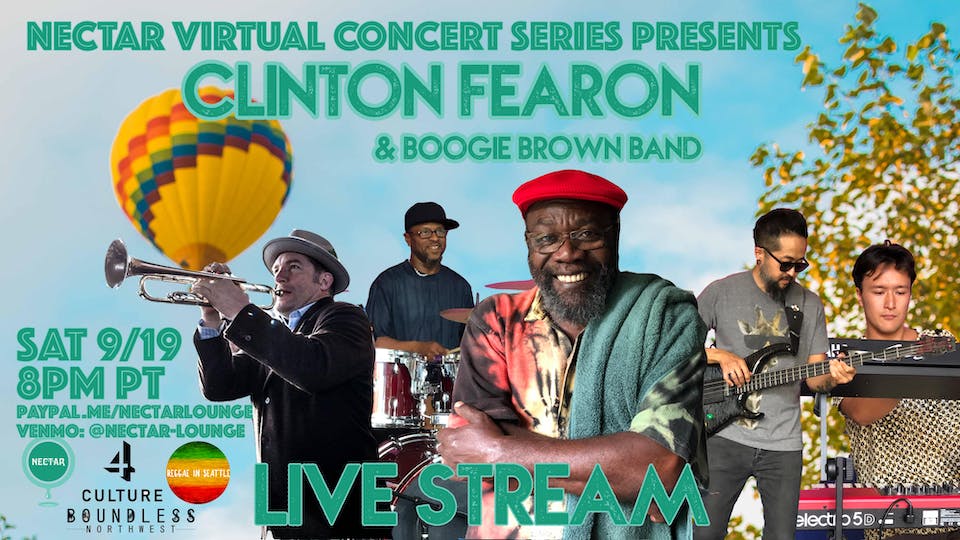 iCal
Google
Join us for NVCS presents CLINTON FEARON & BOOGIE BROWN BAND. Please click the "Tickets" button and "Pay What You Will". Thanks!