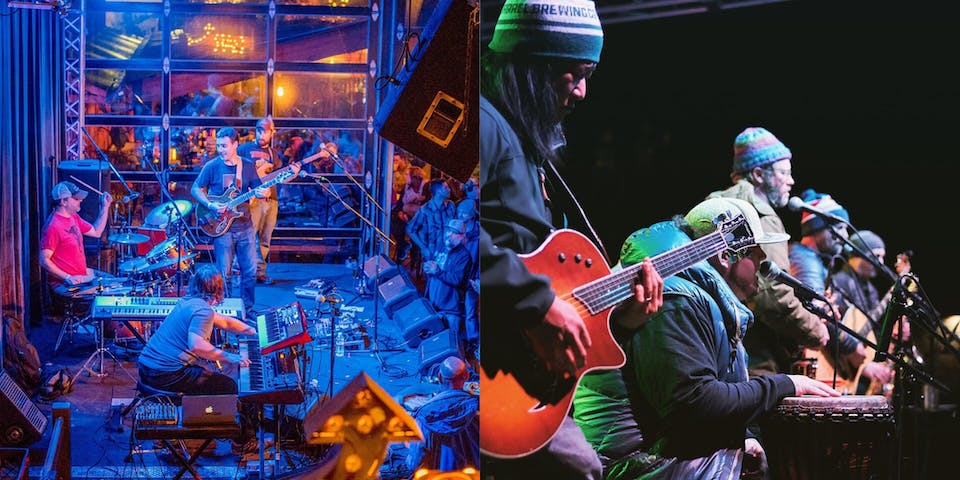 iCal
Google
Swindler and Buzz Brümp are beloved PNW bands with fans from festivals like Summer Meltdown and PBJam, and of course, Seattle venue Nectar!

Based in Seattle, they have toured extensively throughout the northwest and beyond. Swindler has shared the bill with numerous national touring acts and regional favorites such as Pigeons Playing Ping Pong, Pink Talking Fish, Yak Attack, Kung Fu and many others. They were recently featured at the Summer Meltdown festival, 4 Peaks festival and Element Music festival. Swindler has also been featured in Relix Magazine in 2018 on their new artist audio sample release.

Nestled deep in the heart of the Great Pacific Northwest exists a motley ensemble known throughout its emerald mountains, valleys and cities as Buzz Brümp. After years of freestyling music and words on riverbeds, beaches, ski lifts, porches and garages, Buzz Brümp was formed in Seattle, WA with the explicit goal of getting live music lovers of all types grooving together with positive energy.

Hailing from New Jersey, New York, Colorado and Washington State, their sound can be best described as a “Mixed Bag” of genre-bending goodness that sweats it out on the dance floor. The diversity in sound they imbue through their music creates a captivated audience that is willingly surprised at every turn.