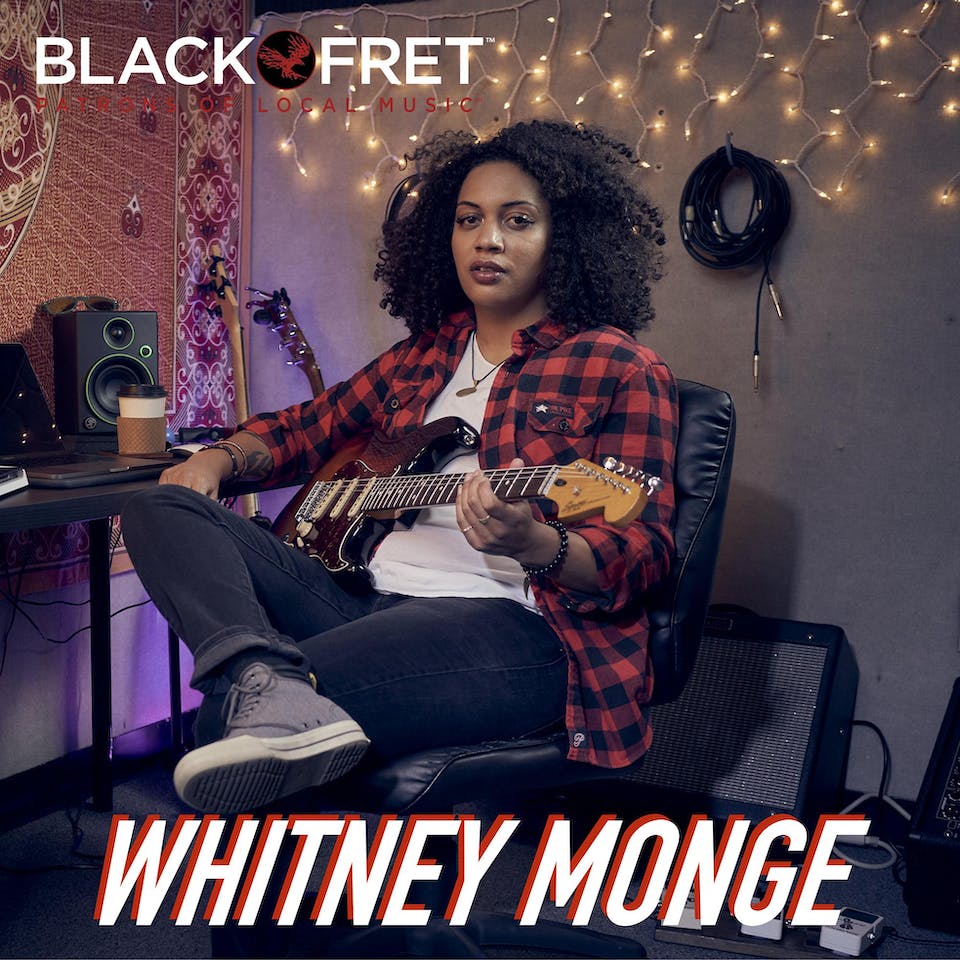 Alternative Soul artist, Whitney Mongé recently released her 4th album, Carry On November 27th 2018, and it’s being described as some of her best work yet. With minimal accompaniment, the stripped down acoustic EP showcases Whitney’s years of experience as a songwriter, and ability to crossover different genres seamlessly. The album opens up with bluesy/rockabilly song “Be Mine” then immediately into her signature ‘alt soul’ sound with tracks “Day N Nite” and “Wish You Waited”. The EP also highlights more personal notes on Whitney’s life. In tracks “Born Without Wings” she pays homage to her mother, and tribute to the late Chris Cornell with album title track “Carry On”.

Mongé learned to capture the power of authenticity while honing her skills as a street performer in Pike Place Market. With or without the elevation of a stage, each part of her performance, from the passion of her powerful, smokey voice to the intensity of her soulful guitar playing, draws listeners into an embrace within each truthful moment of song. She was raised with rhythm and blues in her blood, but while growing up in the Pacific Northwest, her music is heavily influenced by the rock scene of the 90's coining her own genre, Alternative Soul.

Whitney was featured in the award winning film, Find Your Way: a Busker’s Documentary (2014) featuring Chris Ballew of The Presidents Of The United States Of America and world renowned violinist, Joshua Bell. From supporting Ziggy Marley, KT Tunstall, and Mayer Hawthorne to headlining premiere venues in the Northwest and recently touring Europe; Whitney has made a name for herself locally and soon nationally. Her four albums Heartbeat (2011), Steadfast (2014), Stone (2017), and now Carry On (2018), exhibit Mongé’s incredible, unfaltering journey as an artist from the ground up.