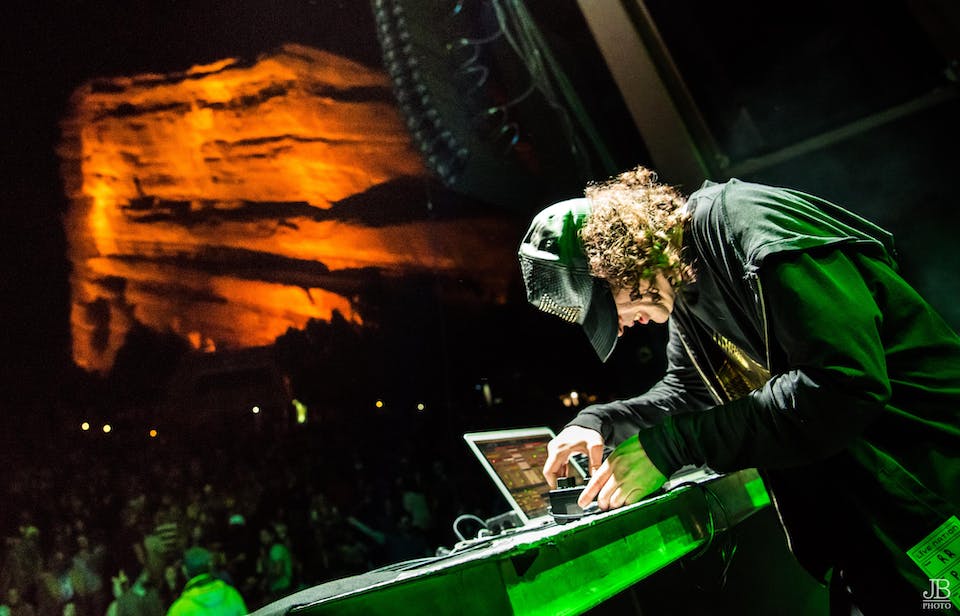 iCal
Google
Nectar Lounge is proud to celebrate the return of Oakland based producer AN-TEN-NAE!

An-ten-nae is an instrumental figure on the west coast, from his role as music director, producing legendary events at the iconic 1015 Folsom in San Francisco, to his signature Acid Crunk Compilations which helped define an era and help lay the foundation to what is now the West coast Bass scene. One thing is always constant, and that is constant evolution. With numerous successful projects like Dimond Saints, The Invisible People, DnA, An-ten-nae always manages to reinvent himself and push his boundaries. Utilizing his own custom set up, An-ten-nae pushes the envelope with his live remixing abilities and wildly engaging performances.

An-ten-nae has well over 200 releases under his belt and collaborations far and wide including artists like Bassnectar, Beats Antique, Dirtwire, Desert Dwellers. He has charted in the iTunes Top 10, constantly in top charts on Beatport and featured in the Huffington Post, This Song Is Sick and Billboard. With over 60 Million combined streams / Downloads to date, and has played such venues and festivals such as Red Rocks, Electric Forest, Shambhala, Lightning in a Bottle. 2019 promises to be his most prolific one yet with the launch of WHYT RBBT and a constant stream of new music that sees him pushing boundaries into new realms with exciting new collaborations and productions.

SOOHAN's remixes pay homage to the mighty 808 kick and utilize a unique and extensive sample selection that make his work truly memorable. He takes us on a multi-faceted journey across the globe, pulling from the traditional music of various cultures and from the depths of our nostalgia. His unique sound sets him apart from many popular bass music acts, and has earned him a cult following across the U.S. Where else are you going to find trapped out Turkish folk music? Do yourself a favor and press play.

A staple of the West Coast electronic music scene, Matt McGiveron a.k.a. Pressha has dominated the decks as both an opener and a headliner for many years. Having started out mixing classic rock and hip hop, later moving into breaks and drum n’ bass, and now focusing around a variety of types of bass music, Pressha is a DJ of great range and his years of experience and passion for music is evident in his performance. Whether he’s wrecking the dance floor as a resident of Seattle’s biggest weekly (SUBstance Wednesdays), sonically stimulating a crowd under the stars at some of the West Coast’s most beloved events including Burning Man, Paradiso, Emissions, and What The Festival, or blasting an arena sized sound system to a 20,000 person massive (most recently, Lucky 2013 w/ Pretty Lights headlining), he brings the heat with sharp precision, impeccable mixing skills, and the freshest tune selection on the block. Additionally, Pressha has put out several internationally renowned mixes through his SoundCloud and has more recently began focusing on creating original music and collaborating with other artists.   Pressha has shared the stage with some of the biggest and most innovative names in bass music such as Skrillex, Andy C, Caspa, Eprom, Starkey, and G Jones, as well as toured nationally as opening support for artists such as the Polish Ambassador, Love & Light, and Gladkill. Seasoned technical skills, a profound love for the art of DJ-ing, and hundreds of shows under his belt, Pressha is a true master of his craft and one of the most respected DJ’s on the West Coast.

“A reliable source for cutting-edge, bass heavy tunes across a variety of styles.” -The Untz

Torbjørn’s journey to develop this hard-hitting sound comes from a long background in music performance and music production. His pursuit in music spans years spent as first violin in his youth orchestra, to years spent abroad studying audio engineering at the Trøndertun Art School (Norway), and the Liverpool Institute of Performing Arts (England), founded by Paul McCartney.